PHILADELPHIA NATIVE TO LEAD INTERNAL AND EXTERNAL DIVERSITY AND INCLUSION STANDARDS, PROGRAMS AND INITIATIVES ACROSS HBSE

“I’m proud of the commitment made by our company and Managing Partners Josh Harris and David Blitzer to promote diversity and economic opportunity and publicly recognize the impact that systemic racism continues to have in our society,” said Chief Diversity and Impact Officer David Gould. “As a Black man, former college athlete, and native Philadelphian, this work is deeply personal to me and I believe that the sports and entertainment industry has an important role to play in the push for social and racial equality. It’s an honor to be leading this new priority for HBSE and I am excited for the positive impact we will have for both our staff and communities.”

Gould, a native Philadelphian who joined the 76ers earlier this year as the Executive Director of the Sixers Youth Foundation, played a significant role in the development of HBSE’s racial equity action plan and led many of the 76ers’ efforts to support communities in need during the COVID-19 crisis. During his time as Executive Director, Gould furthered the Foundation’s efforts to serve youth through the rehabilitation of basketball courts in Greater Philadelphia, as well as providing safe youth basketball clinics and delivering lunches to thousands of children across underserved communities.

“We are thrilled to work with David Gould in his new capacity as Chief Diversity and Impact Officer. This role is a vital addition to our organization and we believe David’s leadership, passion and strategic mindset are incredibly valuable to our company and community members alike. This is an important step in our larger commitment towards equality and inclusion within our organization and in driving positive change in the communities we serve,” said HBSE Founders Josh Harris and David Blitzer.

As Chief Diversity and Impact Officer, Gould will provide executive leadership and guidance while working closely with company leaders, HBSE’s Diversity and Inclusion Advisory Board and the Human Resources department to implement a comprehensive inclusion and diversity strategy across HBSE.

Additionally, Gould will be responsible for spearheading HBSE’s action plan and commitment to promote racial equality, including efforts to (1) invest in Black communities, (2) support Black and minority-owned businesses and entrepreneurs, (3) promote education, health and employment opportunities for Black community members and (4) amplify and build workplaces founded in respect, diversity and inclusion across HBSE properties.

Other responsibilities will include implementing best-in-class practices to ensure an inclusive and diverse work environment across all HBSE properties through recruitment, retention and professional development programs. Gould will also work with team marketing and community relations to promote positive educational, health and employment outcomes for local communities. He will guide leaders in establishing and maintaining business practices that will invest in, support and grow minority-owned businesses. Lastly, Gould will be responsible for building relationships with community leaders to drive change and make an impact on the communities in which HBSE businesses operate.

“David Gould is an action-oriented, authentic leader with an outward mindset and the capacity to be an inspiring force for change; it is an honor to appoint him to the first-ever role of HBSE’s Chief Diversity and Impact Officer,” said HBSE CEO Scott O’Neil. “David’s leadership and guidance played a critical role in shaping HBSE’s and Founders Josh Harris and David Blitzer’s $20 million commitment and action plan to address racial equity in the communities where we live, work and play. He brings a depth of experience in building platforms that drive advancement for Black entrepreneurs and communities, in both the private sector and with the City of Philadelphia; his perspective will be critical as we grow as an organization and community in empathy, respect and with racial equality in mind.  With David’s engagement and passion, I am confident our organization, industry and community will rise together to celebrate diversity and equality, and move towards action.”

Prior to joining the 76ers, Gould served as the Deputy Director for Community Engagement and Communications for Philadelphia Mayor Jim Kenney’s Rebuild initiative, a more than $400 million investment with the goal of revitalizing community spaces in low-income neighborhoods and promoting economic opportunity for those communities. As one of Rebuild’s Founding Members, Gould served on the leadership team that launched the program responsible for revitalizing community parks, recreation centers and libraries across Philadelphia; bringing construction opportunities for small, diverse businesses and creating jobs for women and people of color. He was also responsible for building relationships with community members and ensuring that their priorities were reflected in the investment made in their neighborhood.

Prior to working for the City, Gould was a program officer at the William Penn Foundation where he was responsible for exploring new areas of focus for the Foundation, specifically related to community development and impact investing.

Harris Blitzer Sports & Entertainment, founded by Josh Harris and David Blitzer, is a leading sports and entertainment company, with a focus on delivering the ultimate fan experience and developing and enhancing the communities in which their teams live, work, play and perform. HBSE’s portfolio includes premier franchises, brands, venues, and investment platforms, centered around three marquee assets, the NBA’s Philadelphia 76ers, the NHL’s New Jersey Devils and the Prudential Center in Newark, NJ. In addition to these marquee franchises, HBSE has added tremendous value through acquisition and development of the Delaware Blue Coats (G-League), the Binghamton Devils (AHL), the GRAMMY Museum Experience at the Prudential Center, the mixed-use 76ers Training Complex in Camden, NJ, an NBA 2K League Team (76ers Gaming Club) and New Meta Entertainment, a digital sports and entertainment company, which includes renowned esports organization, Dignitas. HBSE is also actively engaged in new ventures, including HBSE Ventures (HBSEV), a venture capital business focused on sports technology, entertainment, performance and analytics; Elevate Sports Ventures, a top-tier sports and entertainment consultancy; the Sixers Innovation Lab, which supports rapidly growing, early-stage companies in the consumer product space and provides industry-leading consulting and investment opportunities to startups with potential. With strong investment acumen and a deep bench of talent across a diverse spectrum of industries, HBSE positions itself as one of the most innovative and entrepreneurial sports and entertainment businesses today. The HBSE team, from its leadership through the entire organization, strives to positively impact the communities in which it operates through the powerful platform of sports. For more information, visit www.HBSE.com.

The Philadelphia 76ers are one of the most storied franchises in the National Basketball Association, having won three World Championships, earning nine trips to The Finals and making 50 playoff appearances over 71 seasons. The Philadelphia 76ers organization is a Harris Blitzer Sports & Entertainment property.

About the New Jersey Devils:

The New Jersey Devils are part of the 31-team National Hockey League, with teams throughout the United States and Canada. Established in 1982, they are entering their 37th season in the Garden State. During that time, the team has won three Stanley Cup Championships: 1995, 2000 and 2003. Follow the Devils at www.NewJerseyDevils.com, on Facebook, Twitter, and Instagram. The New Jersey Devils organization is a Harris Blitzer Sports & Entertainment property. 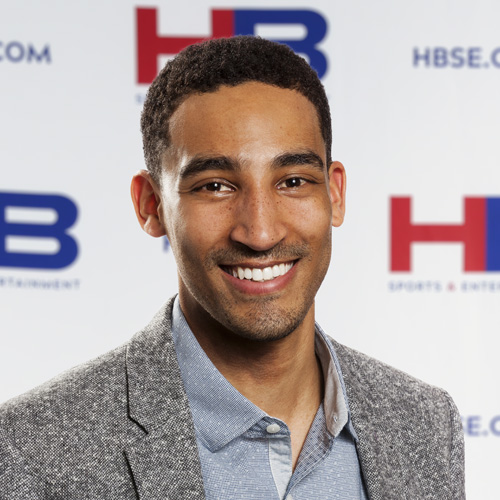